In my book ‘Giving Generously’ I discuss the role of vision and use the quote ‘Money Follows Vision’. This is not the only factor in raising resources but it is a vital one. I believe the vision must be inspirational. It must engage the hearts and minds of the congregation. This encourages them to sign up for ministry and give to support the vision. 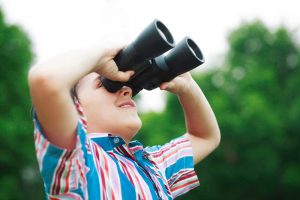 I am not a detail person so I have never believed the vision needs to be overly detailed. I remember being at a meeting once where the minister shared his plans for the church over the next five years. It involved a large spreadsheet that included detailed numbers of how many people would be in each ministry. While that sort of detail may be helpful to some, I have always been inspired by vision painted on a large canvas with broad brush strokes.

At Figtree Anglican Church (FAC) we had a visionary slogan that appeared on our documents:

‘Impacting the region, modelling to the nation and sending to the world.’

We then explained to the congregation that in ‘Impacting the Region’, we wanted FAC to be known positively all over the Wollongong Region, which is largely a self-contained geographic space. It also meant that we wanted to be a blessing not only to our own church members but to the wider community.

‘Modelling to the Nation’ may sound a little pretentious, but what it meant and what we explained was that we wanted to be an adventurous church trying out new ministries and sharing  new ideas with others. For many years the Figtree elders set aside money for ministry staff, including me, to visit other dynamic churches interstate and overseas. We then tried to take the inspiration we had gained, Australianise it, and put it into practice. From time to time other churches would ring up and ask for assistance and we were glad to help them. The material on raising resources found its genesis on my first study tour to the US in 1995.

‘Sending to the World’ was a way of expressing the idea that FAC had a mission and evangelistic heart. For many many years there has been an annual mission trip conducted by Figtree members trained in Evangelism Explosion. That was only one expression of missionary activity and we wanted to say to our congregation, ‘this is who we are’. It also meant that while our local ministry might have suffered a setback if a talented person left to do mission elsewhere or go into theological college, we would actively rejoice in their calling, as sending people out to God’s work elsewhere was a core value for us.

Of course creating and casting an inspiring vision is far more than repeating a slogan. The slogan needs to be fleshed out, given legs, and celebrated. However what it did do was to declare loudly and clearly that outreach, innovation, taking prayerful risks, learning and sharing was the sort of church FAC was proud to be.