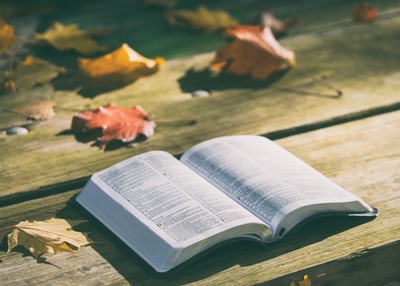 In my book Giving Generously I advocate a five to six week preaching series as the centre point of an annual Commitment series to raise resources for ministry in the local church. When I first began this process I wondered how I could produce fresh sermons on this topic year after year. In fact I found it surprisingly easy.

The key to a commitment preaching series is that you don’t preach multiple sermons on money. (There may be exceptions to this if a series on money management is helpful or there has been a stock market crash of the order of the GFC.) I generally embedded one or two sermons on money in a series related to either personal spiritual growth or the vision of the church. It is relatively easy to do this because money, its uses and its pitfalls, appears in numerous books of the bible.

The following is an example of a series from the book of Ephesians.

After the wonderful doctrinal section Ephesians 1-3 laying out God’s purposes, the apostle Paul turns to the implications for Christian living. He speaks of putting off the old self and putting on the new in the way you might discard a shabby old set of clothes and dress in a brand new wardrobe.

For the commitment series I propose that a 6 week series could be constructed on the implications of being a fully committed Christian. The object of the series would not simply be to educate but to inspire and to give opportunity for some kind of response that would include a financial challenge.

I would give it a series title such as: Living a Transformed Life

I suggest preaching six messages around the specific practical issues raised in Eph 4:32 -5:4. These are simply and helpfully broken up with his customary clarity by John Stott in his commentary, God’s New Society. Each verse, or set of verses, is relational and indicates clearly the change in standards. They also give wonderful theological reasons for the commands that would save the preaching series from a descent into moralism.

I would probably pluck out Eph 5:1-2 and use it as an overall verse for the entire series.

Follow God’s example, therefore, as dearly loved children and walk in the way of love, just as Christ loved us and gave himself up for us as a fragrant offering and sacrifice to God.

The put off, put on theme could be visualized by some form of clothing change at each message of the series. Creative people in the congregation will probably have a field day producing some memorable visual images that would reinforce the thrust of the series.

The detail of the series could be as follows.

Sermon 6 would be preached on Commitment Day. Normally I would preach the sermon relating to money, generosity or finances, the week before Commitment Day, ie week five. Here the ‘money sermon’, which would highlight the virtue of generosity, would fall naturally on week three. However since a properly communicated series will be highlighted in notices, videos and dramas throughout the six weeks, the generosity message will not be diluted too much.

I recognize that any attempt to produce alliterative titles may be a little artificial but I proffer these as an example of what may be attempted. If you can improve on these, well and good. I also recognize that these six are very short passages, sometimes even a verse. Some preachers may like more verses to play with. However, while I understand the old saying that a text without a context is a pretext for a proof text, I don’t believe that this stricture applies here as each text is part of the whole series, which would supply the context each week. This series would allow the preacher to preach both topically, thus focussing the application, and as exposition, drawing out the specific insight of one or two texts. Further, if there is an objection that you need to preach on the whole book, simply preach on preceding sections of Ephesians earlier in the year and later sections on a subsequent occasion.

I commend the above series to you. There is another sample commitment series on Philippians in my book Giving Generously. Buy the book.