Kiama is a wonderful seaside township about two hours’ drive south of Sydney. It sits abreast of a spectacularly beautiful coastline highlighted by the famous Kiama blow hole. The Anglican Church in the town is located on a headland with one of the most magnificent views in the state. Christ Church has been a vital part of the life of the community since the 1840s.

A friend recently sent me a brochure (see below) about a giving campaign, conducted in 1959 to raise money for the Sunday School. It had been unearthed recently in the archives and is a document worth studying as it touches on most of the necessary principles for a fruitful result. Here are just some of them.

1 Past legacy, present needs and future vision were linked. There was constant reference to the fact that this was a centenary project honouring the debt free building of the first church in 1859. The then current urgent need for £8,000 to minister to the members and leaders of tomorrow was spelt out.

2 There is the endorsement of the leaders, the then Archbishop of Sydney, Hugh Gough, the rector (senior minister) of the day and the General Chairman of the campaign with the encouragement to give generously.

3 The details of the campaign were explained. The visitors would already have given to the campaign. They would not be asking the congregation to do anything they had not done themselves. They had ‘skin in the game’. People would not be railroaded. They would be approached in private. The issues could be explained personally.

4 People were asked to make a three year pledge. This is wise in the conduct of a campaign for funds in excess of the annual budget of the church. Willing members often cannot give a large up front amount (some can) but are far more able to contribute to a three year target.

5 The brochure included the familiar illustration comparing generous givers to the Sea of Galilee, with the Jordan River flowing in and flowing out giving life and vitality. The contrast was made with the lifeless Dead Sea where the Jordan flows in but there is no outlet.

6 Sacrificial giving was encouraged and boldly contrasted with token giving.

7 While there was a front page diagram of the proposed structure there were also four photographs of people and children of the church in various ministry settings. This is a key point as buildings don’t always excite people even when those buildings are used for ministry. However, the growth of people is inherently exciting.

8 The spiritual nature of the campaign was highlighted. This request was being made to God’s people who believe in God’s church and wanted the ministry of the gospel to proceed. It underlined the fact that giving to God is never a money issue. It is a faith issue and a ministry issue. Bold leaders understand this and thus are never hesitant in asking.

Some years ago when I was the senior minister of the Anglican church at Figtree I conducted a giving campaign for a building. I wrote about it in my book Giving Generously: Raising Money for local church ministry. https://givinggenerously.com/  I had to undertake a lot of research to find out what to do. The 1959 Christ Church Kiama brochure shows there is nothing new under the sun and I wish I had had it twenty years ago.

Well the Kiama campaign must have succeeded because the hall has been in use for many years and I have attended a ministry function within it. 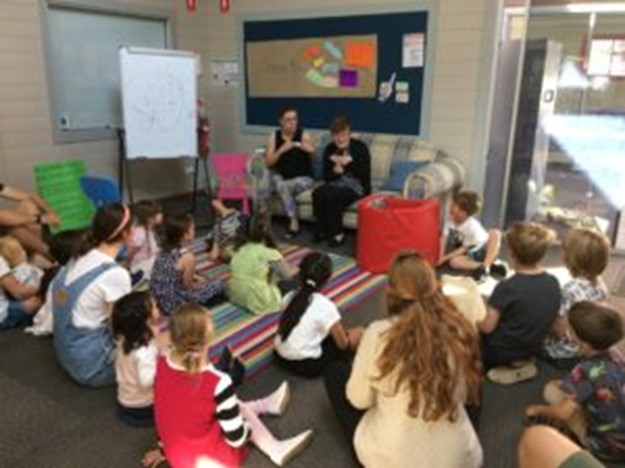 The church in 1959 was obviously populated by people of vision and faith. This continues to be the case as a new facility has recently been built, funded by  a modern campaign but one embracing many of the above principles. The building, now debt free, serves the needs of the current vibrant community. A number of them are my very good friends. So if you are ever in Kiama on a Sunday, pay a visit to Christ Church Anglican. I am sure you will receive a warm welcome. 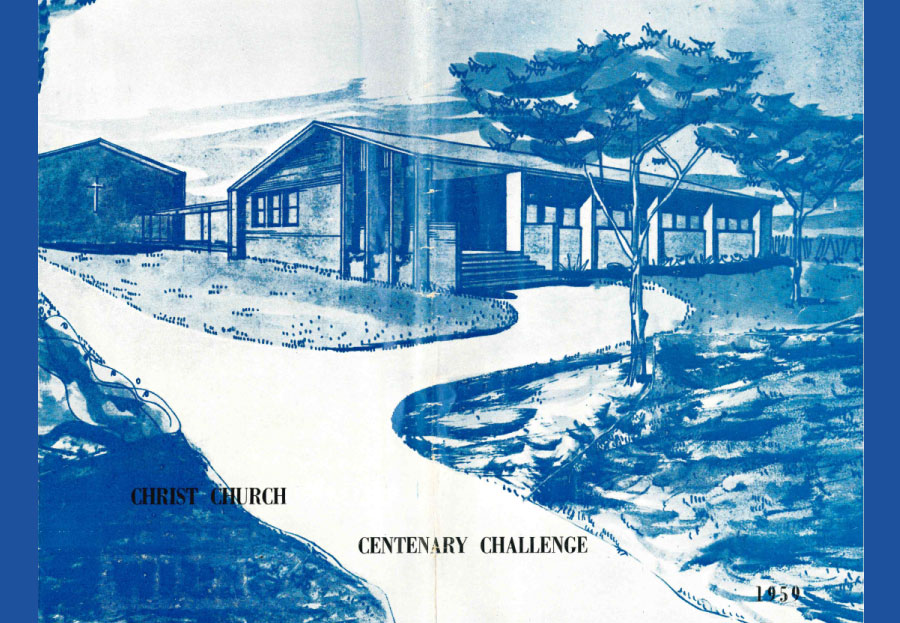 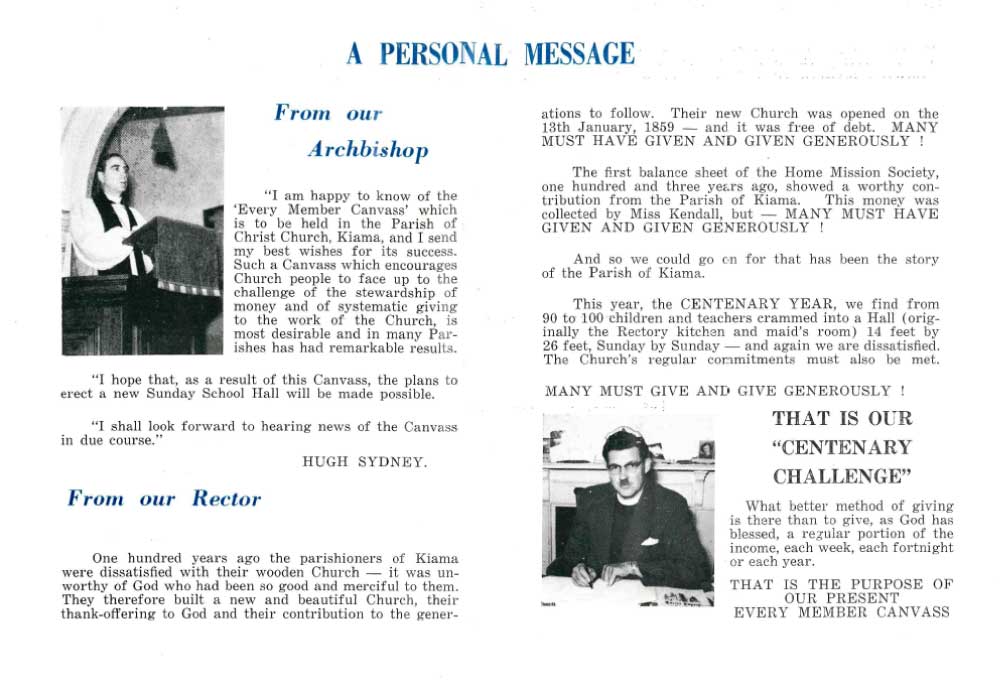 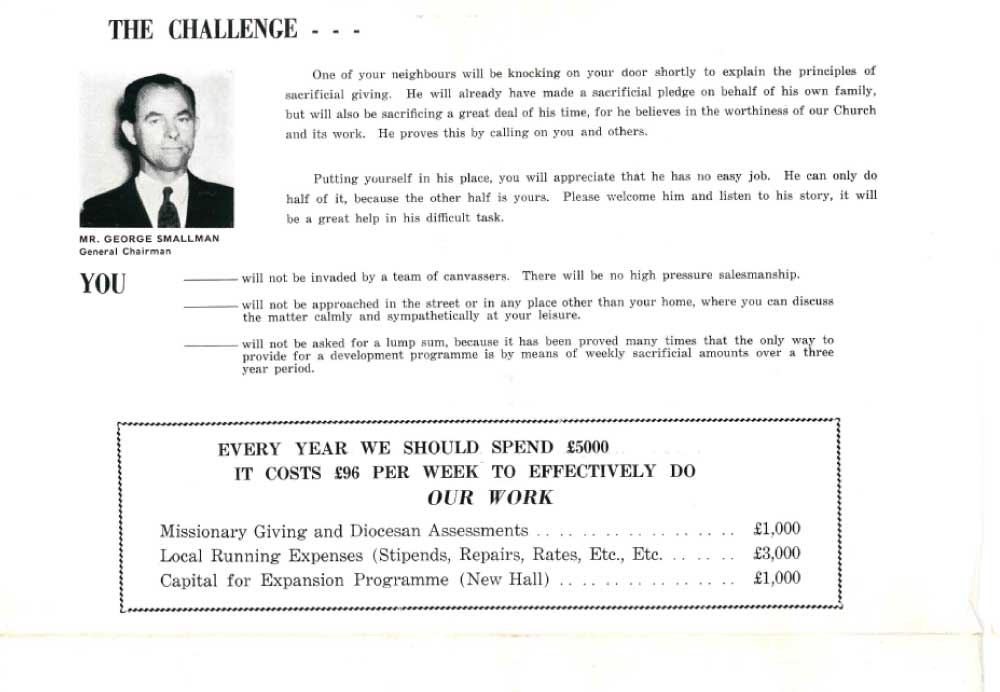 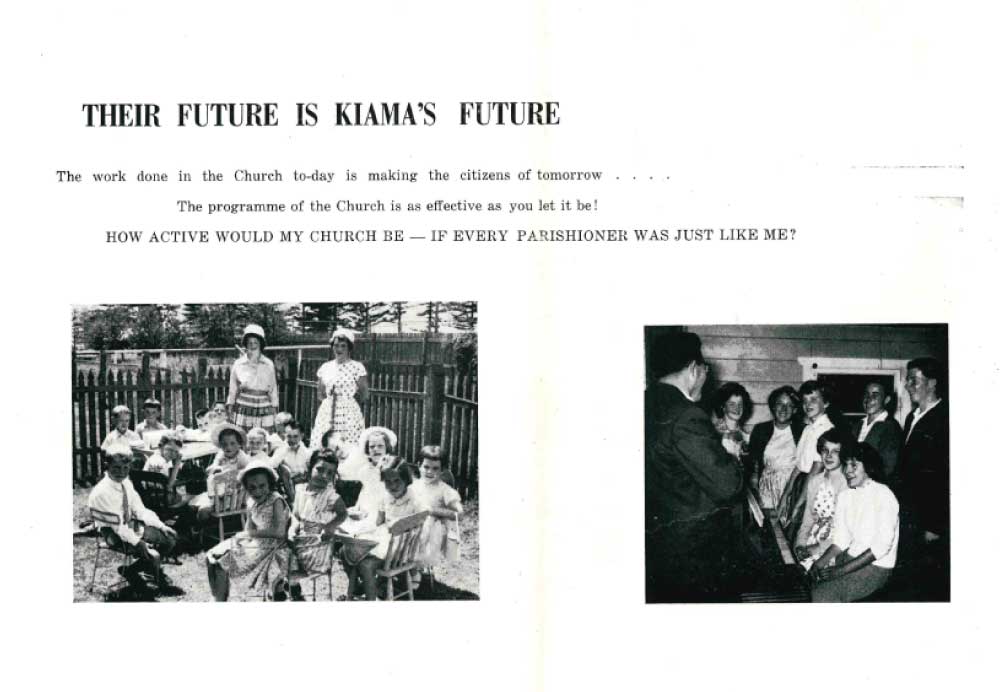 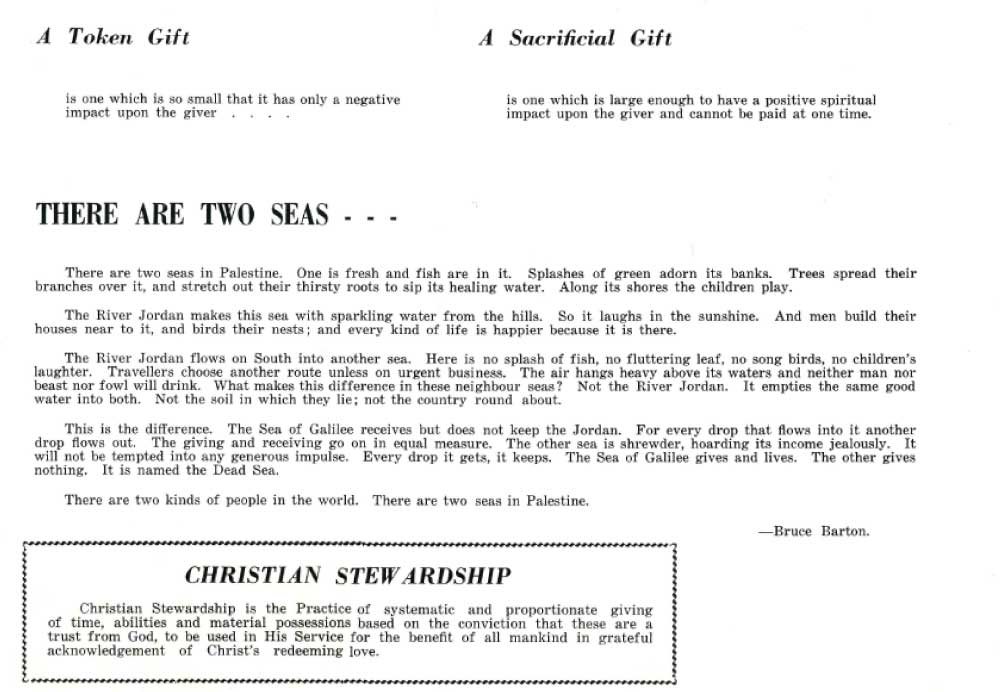