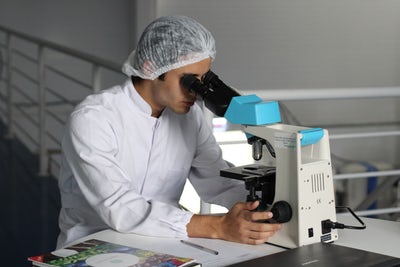 In January 2019 the University of Sydney announced that it had reached a target of $ 1 Billion dollars raised from donations to the University’s Inspire campaign that had been started in 2009. Yes, the figure I quoted was one billion dollars. That is not a mistake.

So what did they do? ‘What was the secret sauce’, some people asked.

The first major initiative was to recruit someone, Tim Dolan, who had great expertise and a track record in the field in the United States. The USA has a far more developed culture of philanthropy than Australia. The next initiative was not just to ask for support but to ask in a particular way. Dolan pointed out that Australian Universities tended to have a menu-based approach to raising money. By this he meant the University would give out a list of projects that it wanted to proceed with and ask people to get on board with their list.

By contrast Dolan advocated a personal approach where the resource raiser became a conduit for the donor and the University. This involved making a relationship with the donor, sitting down with them and exploring the sorts of projects that light their fire.

There is also recognition that not everyone can give equal amounts. Some, because of hard work or sometimes accident of birth, are endowed with far more of this world’s goods than others. In major campaigns every gift is valuable however some can give far more than others.  The University of Sydney has recently been receiving about 13,000 gifts per year. It has received around $120 million per year with about $20 million in bequests. Of the final $100 million, while there are many small gifts, most of the money comes from a couple of hundred very large donations. It is a ‘top heavy’ process

Another factor is that the projects are transformative. By transformative I mean that the gift goes to a project that can totally transform lives or environments. Recently I received a letter from my old alma mater, the University of Queensland.  The heading in large bold letters read.

Can you create the change
you want to see in the world?

It then told me of a gift that a distinguished professor had received for his research thirty years ago that enabled research that produced a vaccine to prevent cervical cancer. Truly this is a life transforming accomplishment.

While not everything about a university campaign is applicable to the church, much is. Both Church and University are not for profit. People in both communities are inspired by vision. In both communities every gift is valuable. However it is good to recognize that there will be people in your church that have the capacity to give significant gifts to projects that ‘turn them on’.

It actually should be easier for ministers to fund their churches’ mission than university leaders. This is because for many weeks of the year the people are sitting in front of the preacher who should be casting an enormous kingdom vision as part of the message. The minister should be building an ongoing relationship with the people. And part of that relationship should be discussing with the congregation, sometimes personally and sometimes together, the sorts of projects that light their fire. The minister also has the use of the pulpit and can bring scriptural messages to bear that will transform stubborn hearts into generous ones.

Nothing in what I write here is to advocate slippery underhanded dealings or viewing members as walking dollars signs. It is simply that people give to inspirational projects when they are taught to be generous, and asked to be generous to a cause that is truly out of this world.

If you are looking for help you probably won’t be able to recruit Tim Dolan. He has gone overseas to help another university fund its mission. However you can find help in my book Giving Generously and I comment it to you. Buy the Book