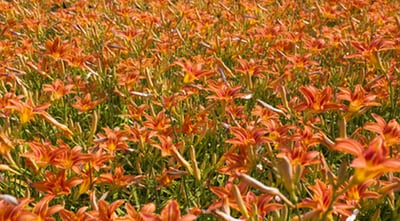 Driving through Brisbane I saw a neon sign in a couple of locations. It said,

‘Worry works. 90% of what I worry about never happens.’

Funny but true! Yet we do worry about health, about family or about employment.  Often we worry about money. I certainly get this. I am retired and in the back of the mind of many retirees is the thought: ‘Will I have enough? Superannuation that is. Will I have enough to see me out.’

You can look at all the facts and figures and do the sums upside down and back to front but the concern is often still there. This anxiety often stops us being generous. We wonder, ‘If I give generously to kingdom of heaven causes, will I have enough to feed my family and put a roof over their head put the kids through a good school?’

In the wonderful sermon on the mount, Jesus tell his disciples to put God first and to serve God not money  (Matt6:19-24). But then he goes on to assure his disciples that they are not to worry about their physical needs. This is not because 90% of the things they worry about will not happen. It is rather that when they give themselves to God’s kingdom, He who clothes the lilies of the field and the birds of the air will surely look after them.

I have found that to be true in my own life on a number of occasions, but never more so that when I was contemplating training for the ministry. At the time I was a post graduate student in physics on a scholarship. I had a wife, Helen and an infant son and another child on the way. We had very little cash flow and no savings and a debt on our home. I wanted to apply to Moore College in Sydney in another state as I am a Queenslander. I received the opportunity to spend a week in the physics department at ANU and in transit dropped in to see Moore College. It was Easter Saturday morning, the college was not open and the surrounding side streets were empty.

I was just about to leave when I saw a young man with a baby in a carry basket in the alley at the back of the college. He turned out to be a current student, Stephen Miller. He answered many of my questions about the life at the college. When I asked him about how you survived financially he encouraged me to persevere and said that,’ Nobody goes broke in Moore College.’ It went a long way to calming my financial fears. Later I wrote to him with more questions and in his reply, he   continued to encourage me, concluding the letter with the famous words from Jesus in his exhortation to his anxious disciples.

But seek first his kingdom and his righteousness, and all these things will be given to you as well. Matt 6:33

I was accepted into Moore College the next year and despite knowing no one in Sydney and this being before the days of government financial study assistance, the truth of those worlds were proved on many occasions. Stephen Miller had been a former physics student, in fact the only other ex-physics student I came across in my four years at Moore. Funny I should run into him!!!He had told me I could possibly get tutoring in the physics laboratory at Sydney University right next door to the college. But would they have any openings? Would they take me? I knew no one, or so I thought. However, when I made an appointment to see the director of the first year labs, I found I did know him. He had lectured me at the University of Queensland ten years before and remembered me favourably from the UQ physics department. I was immediately hired.

I was able to get supply teaching with the NSW education department and found a student minister’s job on Sunday.  Further the theological students at the college had a system of purchasing food in bulk from the Flemington markets so living expenses were cheaper than I thought.

Yet money was always tight. Helen had her hands full with two small children with a third arriving during our time there. But we both remember vividly a number of occasions getting saddled with unexpected bills and then finding money left in our letter box or being given to us for precisely the amount of the bill when we had in not made our need known. After three and a half years I was ordained took up an assistant’s job in a church and received a regular salary. As you might imagine, all that manna from heaven ceased as it was provided for the season when I was a student.

So if you are contemplating ministry or concerned that your generosity may come back to bite you, don’t be! If my experience,

or far better still the words of Jesus, are any guide, you can’t bank on getting rich, but  you can proceed,  trusting that the God who clothes the birds of the air and the lilies of the field , will look after you. No worries!