July 6, 2019Inline Text Rod Irvine
There is a statue of the George Whitefield in the grounds of the University of Pennsylvania of which he was a co-founder. On the statue are the following words by Benjamin Franklin one of America’s greatest sons. Franklin was not a believer but nevertheless a long-time friend of Whitefield.  The inscription reads: ‘I knew him intimately for upwards of thirty years. His integrity disinterestedness and indefatigable zeal in prosecuting every good work I have never seen equaled and shall never see equaled 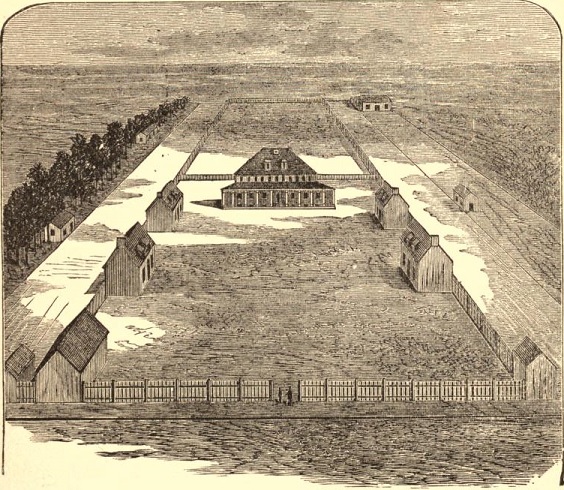 Whitefield is arguably the greatest preacher of the gospel of Jesus the English language has ever known. His powerful voice and penetrating words transformed the lives of multitudes on both sides of the Atlantic during the C18 revival. Contemporary accounts record Whitefield preaching a message of new birth in Christ to crowds of 25000 people. It is possible to access many of Whitefield’s sermons on the web and they are still incredibly powerful even if you cannot get the ‘thunder and the lightning’.

Yet for all his evangelistic zeal he was not backwards in asking for money for the alleviation of the poor. Benjamin Franklin wrote about his the character of his friend and the power of his appeal.

The American colony of Georgia had only recently been founded and many of the new colonists were unsuccessful businessmen or of a criminal element and ‘many of indolent and idle habits’, not the rugged hardworking types needed to succeed in a hostile environment. Consequently many died leaving numerous orphans uncared for. Whitefield was moved by their plight. Franklin records:

The Sight of their miserable Situation inspired the benevolent heart of Mr. Whitefield with the Idea of building an Orphan House there, in which they might be supported and educated. Returning northward, he preach’d up this Charity, and made large Collections; ⎯ for his Eloquence had a wonderful Power over the Hearts and Purses of his Hearers, of which I myself was an Instance [example]. I did not disapprove of the Design [plan], but as Georgia was then destitute of Materials & Workmen, and it was propos’d to send them from Philadelphia at a great Expense, I thought it would have been better to have built the House here [Philadelphia] and brought the Children to it. This I advis’d, but he was resolute in his first project, and rejected my counsel, and I thereupon refus’d to contribute.  “The Sight of their miserable Situation inspir’d the benevolent Heart of Mr. Whitefield with the Idea of building an Orphan House there”  I happened soon after to attend one of his sermons, in the course of which I perceived he intended to finish with a collection, and I silently resolved he should get nothing from me. I had in my pocket a handful of copper money, three or four silver dollars, and five pistoles [Spanish coins] in Gold. As he proceeded I began to soften, and concluded to give the Coppers. Another stroke of his Oratory made me asham’d of that, and determin’d me to give the silver; and he finish’d so admirably, that I emptied my Pocket wholly into the collector’s dish, gold and all. At this sermon there was also one of our Club [Junto literary club], who being of my sentiments respecting [opinions concerning] the building in Georgia, and suspecting a collection might be intended, had by precaution emptied his pockets before he came from home; towards the conclusion of the discourse [sermon], however, he felt a strong Desire to give, and apply’d to a neighbor who stood near him to borrow some money for the purpose. The application was unfortunately to perhaps the only man in the Company [audience] who had the firmness not to be affected by the Preacher. His Answer was, ‘at any other time, Friend Hopkinson, I would lend to thee freely; but not now; for thee seems to be out of thy right senses’.  Some of Mr. Whitefield’s enemies affected to suppose that he would apply these collections to his own private Emolument [profit]; but I, who was intimately acquainted with him (being employ’d in printing his Sermons and Journals, etc.) never had the least suspicion of his Integrity, but am to this day decidedly of Opinion that he was in all his conduct a perfectly honest man. And methinks my Testimony in his favor ought to have the more Weight, as we had no religious connection. He us’d indeed sometimes to pray for my Conversion, but never had the satisfaction of believing that his prayers were heard. Ours was a mere civil Friendship, sincere on both Sides, and lasted to his death.

Franklin’s testimony illustrates a number of points. First, Whitefield was a man of integrity but even so his pure motives were questioned. Transparent honesty is a non negotiable in any giving campaign. Second Whitefield did not see any incongruity with boldly preaching the gospel and forthrightly asking for financial support. Third that proclaiming the vision and the need can unlock the purses of some who are determined not to give. Fourth accept that not everyone will give whatever you do. It may not necessarily be that they are not generous. It could simply be that the cause you proclaim is not compelling or that they have other priorities. Finally, even admittedly unconverted people like Franklin may give to a noble cause even though such people may not be your focus.