No Regrets: In 1987 I received the invitation to become the senior minister (Rector) of Figtree Anglican Church in Wollongong. At that time, we were living in an old Queenslander in a very good street in Brisbane very close to where we had both grown up. My wife and I had bought this property as newly-weds in 1972. It had been rented out once before to tenants who trashed it and we were reluctant to go through such an experience again. So, after much deliberation we decided to sell it. Then we consulted a financial advisor, a guru who had a column in the newspaper. We were not overly thrilled with his advice as it involved putting all our money into unlisted property trusts: all our eggs in one basket. We decided to get a second opinion and consulted another advisor who recommended the same property trusts but spread our risk with some other options. We accepted his advice.

Within weeks the 1987 stock market crash occurred: the biggest financial implosion since the great depression.  The property trusts were wiped out, our shares tanked and only the money in fixed interest survived. Subsequently residential property boomed and within twelve months we effectively went from owning a whole house without a mortgage to the equivalent of a quarter of a house. Talk about an investment lesson! To this day I feel pain whenever I drive down our old street and catch a glimpse of our former house, now beautifully renovated. Yes, I feel some regrets about a decision that was primarily mine. Helen and I had discussed the pros and cons of other options, but I had argued strongly for this course of action, and she had ultimately gone along with it.

While there were regrets with that financial decision, I am happy to say that I have never regretted any decision to be generous. Now I hurry to add that I do not hold myself up as a naturally generous person. In fact, if I am honest, I naturally fall far more at the wrong end of the generosity scale. In the last twelve months I did an ancestry DNA test. I knew that my ancestral line came from Ayrshire on the west coast of Scotland. What I discovered was that they had been there for over two thousand years! And I have other Scottish genes in me as well. Now the Scots have a reputation of being a wee careful with money. I think that natural disposition runs deeply in my DNA.

However, I have come to believe strongly that generosity is a fundamental Christian virtue. We serve a generous God who has blessed us beyond measure in Christ. So as a believer I am prompted vigorously to develop a far more generous disposition.  And yet when an appropriate giving opportunity arises, I find a bit of a tug of war arises inside me. I know I should be generous but find a curious reluctance to part with the money.

However, when I overcome that reluctance, an intriguing thing happens. I don’t regret giving. At Figtree Anglican Church, where I was leader for twenty years, we had many appeals for finances to expand the ministry of the church into the surrounding community. I knew that as the leader I often had to make a sacrificial lead. Sometimes it felt positively scary. Yet looking back I have no regrets at all. None! I don’t fantasize at all on what else I could have spent the money: holidays we could have indulged in, luxury items or shares in Tesla.  I don’t have any of the sort of sadness I sometimes feel driving down my old street and viewing my former home. Currently I attend a church with a big vision to reach out and share the gospel. This church often calls upon the members to financially support evangelism, mission, and care for the poor. And so it should. That’s why Helen and I like being part of it. And when the church has an appeal, I still feel a bit of that tug of war inside during the decision to give. But afterwards I always notice there are no regrets.

So if you are like I am and an opportunity to give to gospel mission comes your way, by all means examine the cause to see if it is the right one, but if it is, give generously. I am sure you won’t regret it. For more on generosity see my book. Giving Generously: Resourcing Local Church Ministry. 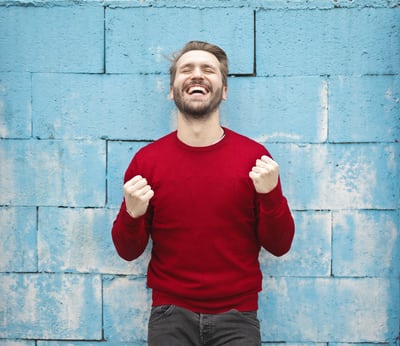