In 1995 my wife Helen Irvine and I went on a trip to the US where we visited a number of churches and I went to two conferences. One of the speakers I heard was Rick Warren, the Baptist pastor of Saddleback church south of Los Angeles. He spoke of a large Capital Works campaign to finance the construction of their building. It had been called ‘Time to Build’. The campaign had raised an amazing $US22 million in money given on the day and pledged over three years.

I found later that Rick had conducted a number of such campaigns, the first being ‘Possess the Land’. Saddleback church had commenced in Rick’s lounge room and as the church grew had met in a variety of properties that the church didn’t own. As the titles suggest the ‘Possess the Land’ campaign was to finance buying of their first property, and then ‘Time to Build’ was to finance the erection of a suite of buildings. Later Rick ran a further campaign called ‘Build for Life’. In fact conducting campaigns for a variety of purposes has become a hallmark of Saddleback’s ministry. The campaigns 40 Days of Purpose and 40 Days of Community have been used fruitfully all over the world. 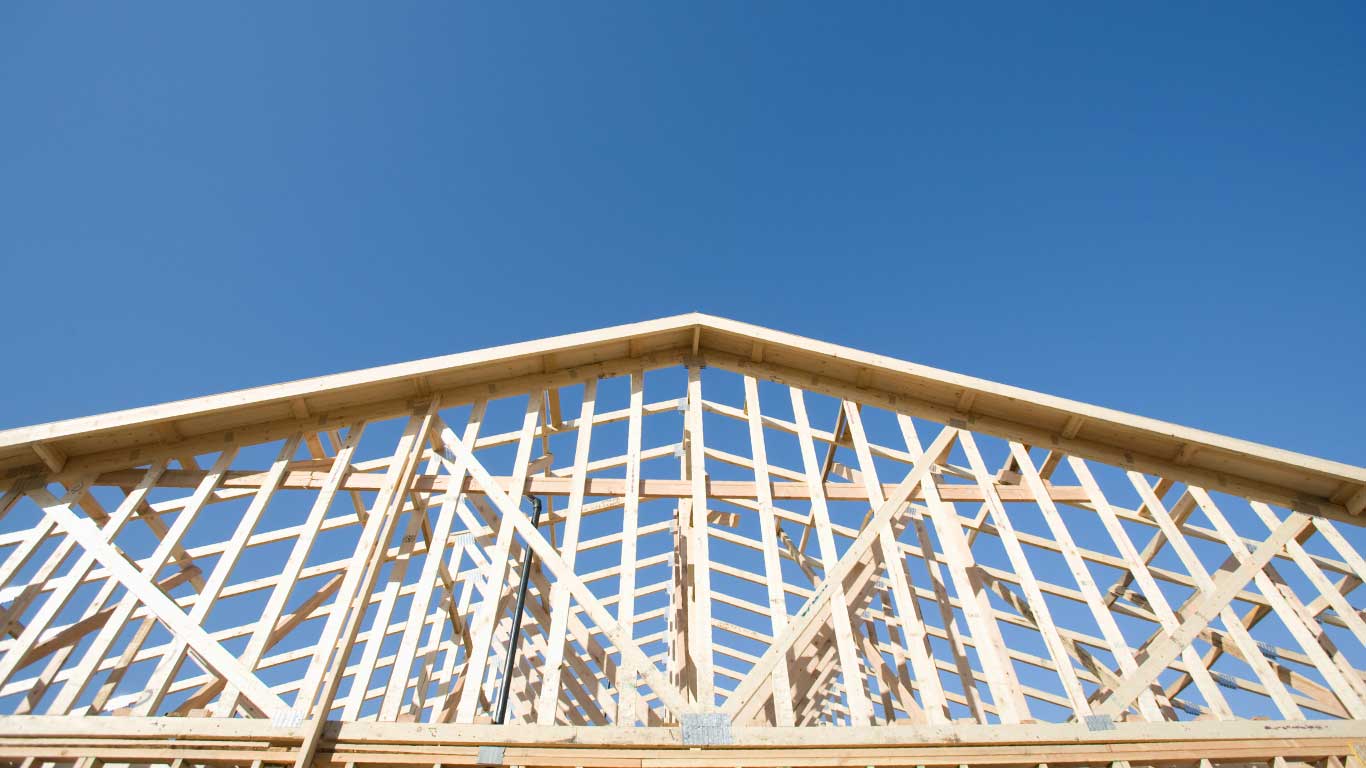 As I discussed in my book, Giving Generously , when I came to financing Figtree Anglican Church’s building development I thought that I would need professional assistance to help raise such a large amount of money, many times the church’s annual operating budget. However, such a professional needed to be chosen very carefully. I believed they needed to have a good track record with engaging with churches as opposed to schools or other not-for-profit organizations. They would need to fit the culture and theological ethos of Figtree Anglican. A cultural mismatch in theology or methodology would be counterproductive at best and disastrous at worst. And of course they needed to be available and willing to come. My problem was that I couldn’t find any who met all three requirements.

However all was not lost. I found that Saddleback had produced a relatively inexpensive Time to Build kit showing in great detail precisely what we needed to do. With the invaluable assistance of my extraordinarily capable administrator Karen Dixon and a legion of wonderful volunteers we bought the kit, put it into practice and conducted a very fruitful campaign. Three years later we needed to repeat the process and by then the kit was called Build for Life. It contained very similar material.

Until quite recently the Build for Life kit was available to be purchased from Saddleback but it appears to have been withdrawn from sale. However, very similar material can still be accessed. As I noted above, conducting campaigns and helping other churches conduct campaigns is a feature of Saddleback’s ministry. An overview of what needs to be done can be found on the Campaign Central section of the Saddleback website. See https://store.pastors.com/pages/campaign-central

This is for a series called Daring Faith but the material in the Guide relates to campaigns in general.

Each of these campaigns has, at the core, a related sermon series of approximately six weeks. I found such series invaluable because at the start I had no idea how to preach in such a campaign. What I needed was simply to listen to other preachers to see just what they would say, and find a way I say something similar in my own voice and in my own context.

The original Build for Life sermon series is still available for purchase at: https://store.pastors.com/collections/building-for-life

They are certainly worth hearing.

Finally of course, read my book Giving Generously, especially chapter 14, where I explain in some detail how we applied these concepts at Figtree Anglican Church.

August 4, 2017Inline Text Rod Irvine
Holy Spirit Church has to make a major renovation. It involves air-conditioning the church, upgrading the hall and installing a new kitchen. The projected cost is $450,000, a significant sum for a church whose annual operating budget is $200,000. The board ponders the issue. Giving for the first six months is 5 percent under budget. What should they do? The church is freezing in winter and stifling in summer. The church hall is getting to be an embarrassment so the need is obvious. To most on the board the solution is also obvious. The church owned a second house, occasionally occupied when the church had a youth worker but now rented out. They would sell the house and use the proceeds to fund the new development.

Great Redeemer Church was centrally situated in a regional town that was experiencing considerable population growth. Numbers at church services were steadily increasing and the auditorium was ancient and obviously too small. The projected cost of a new worship centre was in the vicinity of $ 2 Million. The operating budget was $750,000. How could they fund the new centre? Again after wrestling with the problem in prayer and dialogue, the board thought the solution was evident. For as long as anyone could remember the church had owned a large block of land adjacent to the church, currently used as overflow parking at Christmas and other large services. This property was becoming increasingly valuable. Why not sell a large portion of this land and resourcing the new auditorium would be straightforward?

The above examples are typical of decisions regularly being made by churches desiring to upgrade facilities or construct new buildings. Those decisions are often very ill-advised. I say often because there is no hard and fast rule and sometimes selling property is the only way to get a project up and going. I have known some outstanding ministers who have sold property for this purpose. But very often it is not the only way to proceed, and parishes sell valuable property in prime positions that they will never get back, in the process compromising future development.

In my book ‘Giving Generously: Resourcing Local Church Ministry’, I discuss conducting a capital campaign: one that involves sums in excess of the church’s annual budget. In my time at Figtree Anglican Church we conducted three such campaigns and they all were very fruitful. Under my successor Ian Barnett, Figtree church has now repaid a multimillion dollar loan that helped fund a wonderful auditorium. The Figtree project was so large it needed even more than capital campaigns could realistically raise.

Conducting a capital campaign is very daunting because of the large sums involved and because often ministers don’t know where to start. I completely understand this because I led the three campaigns mentioned and initially had no idea what to do. So if you read this and are feeling nervous, I totally empathise. However, there are many, many positives in attempting to raise the money.

A successful church capital campaign is based around vision, mission, generosity and then asking for support sensitively and confidently. It is simply a marvellous opportunity to crystallise what your church stands for and where you are going, and to build faith and hope and generosity into the congregation. These are opportunities too good to be missed.

It may be necessary to sell property to fund future development, but I hope that ministers and boards will not make that their default option. At least give serious consideration to a capital campaign. Read my book, give it your best and most prayerful shot, and only consider selling the farm if the project is too enormous or the appeal is not supported.

Recently Helen Irvine and I were asked to give money at church and now that process is over I reflected on why we gave and why we were happy to give.

First, we trust the minister. We have seen him ask for money in the past and have seen the money put to good use. The projects that we have been asked to support have always been acted upon. Furthermore, we know the minister well and believe he has a high moral character.

Second, on the week prior to the appeal, the minister announced in church that there would be a giving message and that he was getting excited about preaching it. He gave us all a friendly warning that if this was going to be a problem, maybe it would be a good day to stay home. In fact, rather than deter me, it made me more keen to come and hear what he had to say.

Third, this appeal was a final message in a series about, ‘What is the gospel?’ There had been a general build up over around six weeks about the grace and salvation of God in Christ and how this has blessed us. This message was just spelling out the implications of giving generously in response to the generosity of God.

Fourth, the message itself was based on a famous passage of the bible, 1 Timothy 6. I had spoken on the same passage for similar purposes some years before and was pleased that it was explained correctly and applied properly. There were no smoke and mirrors.

Fifth, this was the culmination of a mission month and the funds were generally to support ministries external to the church. While this is positive, this particular aspect was not a great determining feature for us because we believe in the ministry of the church locally as well. However it may have been a very significant factor for others, as people give to what excites them and may not give to other appeals.

Sixth, we engaged emotionally with the message. While the body of the message was well explained, visualised and communicated, the end was very powerful. The minister concluded with about twenty short stories of changed lives. Each story was short enough to be written on a small card and contained testimonies from all over the world of how the church’s support had built a hospital, rescued girls from sex slavery, assisted refugees and introduced people to the love of Jesus. The cumulative effect of multiple testimonies was very compelling.

Seventh, there was a clear call to respond and give to God’s work all over the world. It was not done hesitantly or apologetically or coercively. But it was bold and it was direct and I knew exactly what I should do to respond.

Eighth, there was, as there usually is, a great and joyous response as people were invited to walk to the front and give their special offering.

In the week before, Helen and I had agreed on a figure that we would give. It was not the greatest charitable amount ever given, but it wasn’t minuscule either. After hearing the message, Helen said she wanted to double our amount and after momentarily gulping, I agreed. Deep inside, I know Helen is always more generous than I am, and she is always right as I have never looked back later and wished I had given less. Were we manipulated? No, I am certain we were not. However we were inspired to give to a work bigger than ourselves that would go to a cause that would last for eternity. I don’t recount this experience to hold ourselves up for some acclaim as generous givers; far from it as I know the stingy recesses of my own heart too well. My purpose is simply to encourage those engaged in such appeals to press on with both courage and integrity.